We appointed Mach Aviation to purchase an upgrade aircraft to service increased flying requirements for our business operations. The replacement aircraft that Mach identified for purchase was of exceptional quality. We appointed them to sell the aircraft we intended to replace shortly after and we were offer agreed at a selling price that far exceed our expectations within weeks of their appointment for the sale.

They handled all aspects of both deals from advice on offers, PPI, contract negotiations through to closing. We had absolute confidence in their management of both projects which included overseeing the various legal and technical matters involved. Our replacement aircraft was delivered in a very efficient time frame and both deals closed within a number of weeks of each other.

Darren Williams, Aircraft Seller – I would strongly recommend Mach Aviation Services for the speed at which they sold my aircraft plus their ethics, knowledge and experience which were all delivered with an extremely professional approach.

Before the involvement of Mach Aviation in the sale of my aircraft I had failed to receive a single offer for over a year from either of the two major UK Operator/Sales brokers I had appointed to handle the sale. Once I signed an exclusive representation agreement with Mach Aviation, they sprang into action contacting their thousands of buyers worldwide. As a result the aircraft was sold ‘Off Market’, at a great price and delivered to its new overseas owner within 5 weeks from signing the sales representation agreement! I was impressed by their professionalism and insightful advice plus the way they handled the complete transaction on my behalf.

Joakim Garfvé, Aircraft Purchaser Even though Mach Aviation were working on behalf of the seller I was blown away by the advice and assistance they gave us. This included de-registration, re-registration, positioning the aircraft after sale and most importantly the speed at which they managed the complete aircraft transaction as I had imposed a major time restraint of 1 week for the complete transaction.

Mach Aviation presented an excellent example of the aircraft type I was looking for, including relevant specification, maintenance documentation and commercial information in a professional and timely manner. Once my decision was made to progress the purchase, Mach Aviation quickly and effectively organised all aspects of the deal making my life and role in the transaction so easy. Due to my personal time restraint, Mach were pro-active in dealings with the UK CAA on my behalf, resolving airworthiness compliance issues to ensure the aircraft could be flow to Sweden within 24 hours of the deal completing. I was very impressed by their professionalism, ethics and experience plus the way they assisted with the transaction on my behalf even though they were not paid for this!! They definitely went the extra mile and I will be using them to represent “me” next time!

My first experience with Mach Aviation was five years ago when I purchased a EU Registered helicopter for use in India. Although representing the Seller, the high calibre assistance and support I received as a buyer during this transaction left me in no doubt Mach Aviation would be my first choice for my aviation requirements in the future. I subsequently retained their services to sell and upgrade that helicopter and to sell my jet also.

I have found Mach to be highly trustworthy, professional and extremely effective company who have demonstrated great proficiency in navigating legislative red tape and export/import procedures. Their expertise was such that they were able to assist with every detail of my requirement including VAT structures, maintenance contracts, program enrolment and various other issues. I had great peace of mind during both the sales and purchasing process; Mach are a highly competent business and I would have no hesitation in recommending them. 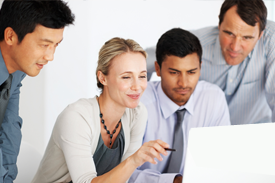 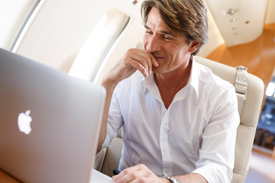 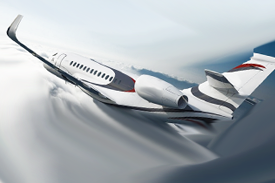